A school is a place of education for children of kinds of races, religions, and ethnicities. It not only teaches academics, but how to care, share, and treat people alike, irrespective of their differences. Almost all schools and educational set-ups today provide special education to differently abled children. Some of these children may have physical conditions caused by birth or accidents, while some kids, or most of them, happen to be cases with acute or chronic psychological conditions. Some may have both. Such children would need special attention and care and would need to be handled with extra caution. Let’s consider some of the most common cases.

Adjustment disorder could be explained as a severe mental and emotional response to a sudden, unexpected, or unpleasant even/events. In adults, the chances of developing the disorder are likely during marriage, financial constraint, or work pressure. Kids tend to develop adjustment disorder following domestic problems, violence or abuse, or bullying in school. Major events like a sudden death or calamity could also be a cause that is common to both adults and children. The disorder may not last more than a couple of months if approached and dealt with rightly. Anxiety counselling sessions and therapy may be one of the effective approaches that could aid the child in overcoming the condition. Within the school, however, it is important that educators handle such cases with great care and refer them to the appropriate professionals when needed.

ADHD is found to be the most common type of disorder that many, many young children are believed to have developed during childhood, and is mostly seen in younger children from elementary school. ADHD is believed to have a genetic element to it, although it has not yet been confirmed. Kids with ADHD find it difficult to focus and pay attention, even for a very short while. They are also hyperactive and cannot stay seated for more than a couple of minutes. They are known to react very fast and are usually loud, and even tend to lose their temper quickly over petty matters. If the condition is severe, they are likely to need medication and therapy. Medication may include pills that might be required to be taken orally for a prolonged period of time. In the meantime, parents and educators may be asked to try and create the most suitable environment and atmosphere that could help manage symptoms. This also means avoiding activities and events that could trigger inappropriate behaviour.

There are numerous types of behavioural and mental disorders by which many children in the world’s population are terribly affected. The causes for such disorders may vary. Some are believed to be born with conditions, while some kids happen to get deeply affected by the environment and tend to develop such conditions during growth. Not receiving the right kind of treatment as soon as they are diagnosed may lead to severe regrettable circumstances. Therefore it is highly advised that both parents and educators stay observant about their children and take all necessary measures when a change or any kind of unusual behaviour is noticed. 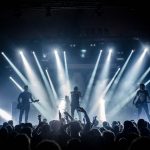 Suggestions for Entertaining Guests at Your Wedding 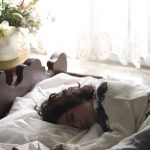 All You Need to Have a Deep Sleep 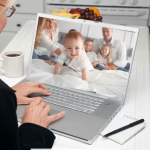 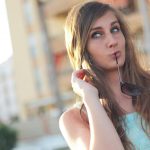 Considering a Hair Makeover? What You Should Know 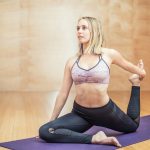 Tips To Improve Your Health Today